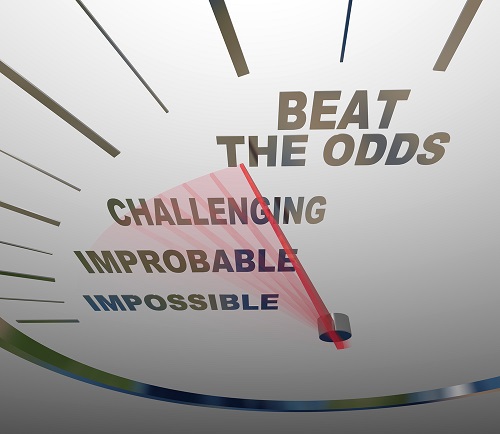 Most don’t win because they just don’t put forth the effort required. They don’t even show up for themselves as people only go so far in life and then they park their cabooses on the couch and never to grow beyond what they’ve already done.

They just park it they don’t put forth any effort to get back on the highway of life. They give on on living the dream early on and accept forever a life of mediocrity. Sad but true.

“Life is either a daring adventure or nothing.” – Helen Keller

The only effort most people demonstrate is the effort they use to complain about their situation. Some love to moan and groan — as if that’s going to change things. They are masters at bitching at others and the world in general. They put in the effort to lose instead of playing the winning game.
“Winning isn’t everything, but wanting to win is.” – Vince Lombardi

Champions obtain success when there’s no other option. It’s win or perish. And often it’s that kind of commitment that puts them over-the-top. They don’t allow for excuses and giving up is not an option.

You’ve got to be willing to tap into that special something that part of you that believes success is your birthright. That’s how you get what you want.

Some people don’t play to win – they simply play to not get hurt. But that’s not really playing at all. It’s a cop-out. You’re minimizing yourself and you can never have what you want with that approach.

Sometimes we feel let down by other people and we retreat to try to protect ourselves from being hurt again. We tend to shut out other people and we lose trust. Others have let us down by not following through. But you’ve got to shake it off. Don’t isolate yourself or you’re making things way too difficult.

Be willing to step back into the ring again. Be resilient. Be willing to go for it again and willing to fail forward because that’s how you ultimately get to success.

You’ve got to have the right mindset. You’ve got to be willing to go from failure to failure without losing your commitment and your desire to win.

Losing is painful. Nobody likes it. But it’s the absolute best way to learn. Let the pain of losing get you moving in an opposite direction.
Evaluate yourself and constantly look for examples that inspire you. Sometimes it’s a movie. Sometimes it’s a book. Sometimes it’s a conversation. Inspiration is a wonderful thing. It can lift you from the depths of despair and propel you to greatness.

Dust off your dream. If you put it on the back burner, it’s time to bring it back out again. Be open to possibility. Sometimes you get hit so hard in life that you don’t know you been knocked out until someone wakes you up. Adversity causes some people to break, but it also causes others to be record-breakers.

Override any negative conversations going on in your head. Negativity and self-doubt will kill your dream every time. Rise above and become a messenger of hope. Share hope with other people. When there’s hope for the future, it gives you power to the present.

Trials and tribulations aren’t personal – they happen to everybody. Stuff is going to happen in your life too. Bad things happen to good people. But that’s the way it is and it’s that way for everyone – so what can you do?

Trust in the universe. Trust yourself. And just keep moving forward.
“Most people tip toe through life so they can hoping to make it safely to death.” – Bob Proctor

“You will always be faced with a series of God ordained opportunities brilliantly disguised as problems and challenges.” – Charles Udall

Stuff is going to happen in your life. See it as an opportunity to demonstrate your faith, courage, tenacity and determination. Do that and life takes on a whole new meaning. Whatever adversity comes your way is there not to stop you but to empower you. On the other side of adversity, you’re going to be much stronger more effective person.