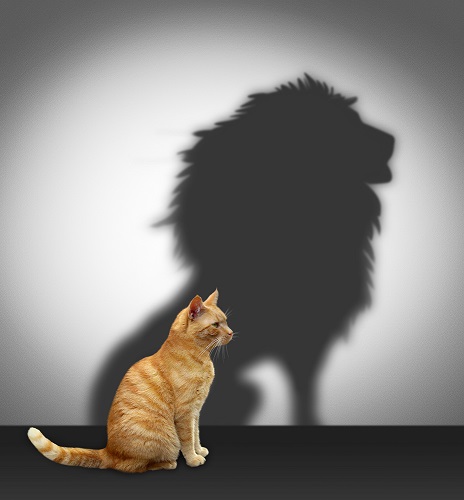 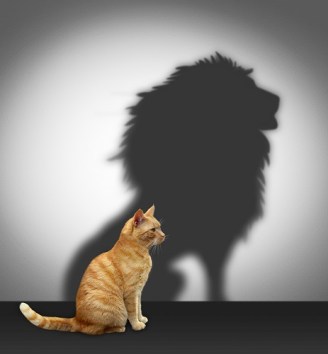 You’ve got to believe in yourself – you’ve got to trust yourself. That’s the number one fundamental of personal transformation. You can learn how to do things necessary in any area of life, but if you don’t trust yourself, if you don’t believe in yourself – you’ll never pull the trigger and take those critical actions with 100% effectiveness. You’ll hold back and cheat yourself out of the life you deserve.
It’s your belief systems that are the basis of virtually all of your decisions. You can know that taking specific actions will probably get you positive results, however there are lingering doubts and it’s these doubts that are the real enemy. You are limited by your limited mindset. For example, you know that by getting out there and spreading the word about your business, you could make sales and yet you hold yourself back with fear and a scarcity mindset. You know it’s important to do and yet you don’t do it. Why? It all boils down to limiting beliefs.

Beliefs drive actions and actions create results. Actions lead the way to wherever you are going. If you don’t know how to do something, just started doing it. Do what you think you should do. You’ll learn even if you do it wrong. In fact, you’ll learn by doing it wrong that there is a way to do it right. But you’ve got to be willing to pick up the axe and start chopping. You’ve got to decide to go for it.
There are two things you need to change a belief. Number One is repetition and Number Two is emotional involvement.
What can you consistently do over and over again that will move you even one small step closer? Repeated actions are always required.
Repetition is the easiest of the two, however you’ve got to rack up some significant repetition. If you don’t have a lot of emotion invested in what you’re doing, you’ll need a ton of repetition. But the more and stronger the emotion you attach to it, the less you need to repeat. Emotion is incredibly powerful. Using this in a positive way means attaching positive ,fulfilling emotion to whatever it is you need to do to get to where you want to go. It’s that simple. And that difficult.
Get involved on a deeper level. Have you ever done something and it scared the sh*t out of you? It did so with such dramatic impact that you stopped doing what you were about to do. That’s emotion at work — although probably not in the way that best serves you. The emotion of the moment forced the change. That’s the power of emotion. But you can use it in a positive way just as effectively by feeling the desired result and connection this wonderful feeling to the actions you need to take.

You need to make a serious emotional shift. For example if you were suddenly told that you had a serious illness and had to dramatically alter your diet, or move to another part of the country – would you? Chances are, with a serious illness there’s a ton of emotion involved and it hits you like a truck load of bricks. You make a radical change overnight. Just like that you decide to quit smoking or stop eating the sh*t fast food joints actually call food. It’s because you had a wake-up call — an emotional moment where the doctor said do this or else.

Emotion is often the missing part. When somebody sets a goal and they fail, what happened? Some tend to feel that they’re just not destined for victory, or that whatever they were attempting just doesn’t work. But more often than not, they lacked the emotional involvement. They didn’t get emotionally invested in the desired result. They didn’t make it real in the mind first. If you don’t have much emotion, you need a ton of repetition. Repetition definitely helps, but the more emotion you can pack into whatever it is you’re doing, the less repetition is required.

Repetition is easy. You just have to do something over and over again. You got to force yourself to do it and make it a habit. If a person doesn’t have some system of repetition for growth, they’re likely headed for trouble. There are certain things you need to do every day to get to where you want to go. If you’re not doing them you’re probably not going to get there. At least not until you have an emotional experience. This is the point where you have a revelation. You see something you couldn’t see before and suddenly you make a shift and your life changes.

If you continue to take action but things are not changing favorably for you, it’s probably because the beliefs inside your mind haven’t changed. If it’s the same old belief governing your actions, you’re working against yourself. You’re holding yourself back because those old beliefs keep controlling the amount of energy you put into whatever you’re doing.

The good news is that once the belief has changed – the behavior automatically changes.

Discovering your beliefs is usually something you have to do on your own, although it’s often effective in a group setting. Ask yourself what do you believe about accomplishment? Where did you get that belief from? Reassess things on a deeper level. It may be a powerful belief that helps you, or it may be something that’s not serving you – the trick is to figure it out and make the most of it.
Many of your beliefs were probably gained unconsciously. Others dropped those beliefs into your mind, probably at an early age. Some beliefs were installed from past trauma which was a negative mental experience and it’s the emotion attached that makes it all-encompassing. It’s the programming in the subconscious – your beliefs – that control most of your decisions.